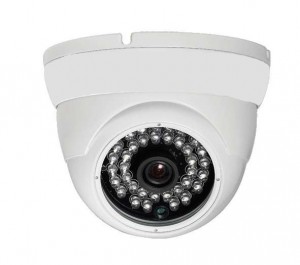 Cameras are extremely useful in many cases. The police and the public are using CCTV footage to get evidence of different occurrences. These occurrences may be an act of violence or theft. This information it provides could be enough to answer a problem or even solve a crime, and it has happened several times. It happened in Melbourne when a woman was murdered. A man walked past a camera in a shop and was seen only from the neck down. While his face wasn’t seen, the camera footage provided a time and place of the suspect as well as some description of him. Other people in the area could identify the man based off what was seen in the footage and the suspect was found and charged with murder.

In another case, people in a town had been seeing cars driving by and smashing windows by shooting the glass at bus stops and other residential properties. The camera off of a private property happened to have witnessed the drive by, and the kind of car was identified, however the number plate wasn’t obtained. The police were able to use number plate recognition and the prior knowledge from the CCTV to locate the car and prosecute the offenders. Information is valuable, and video information is especially valuable because it gives information like time and place, which can then be linked up with other information to ultimately resolve major or minor crimes.

If you have any questions or would like a quote, call us at Better Value Group on 3809 3033, leave us a comment on our Facebook page Better Value Group Pty Ltd and a like to stay updated on new blog posts and special Facebook only offers, or visit our Brisbane show room at 1/16 Central Court, Hillcrest. Also, don’t forget to sign up with our loyalty club for exclusive deals!