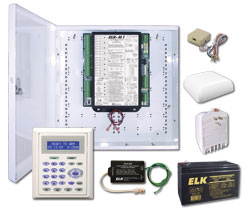 Unfortunately, we hear horror stories about people breaking in and stealing our valuable items, but you never think it will happen to you. Apparently, neither did one of our clients. Although it is recommended that all clients are monitored, meaning you will be called if your alarm goes off, this particular client thought it wasn’t necessary – a common misconception.

One day when away from the phones, four people broke into this clients’ premises causing damage and stealing several vehicles. Although the alarm sent a message, it was not received until it was too late, and the people had gotten away. Luckily, this client did have high definition security cameras on the premises, showing the intruders, the events that occurred and the time in which they came on to the premises. Regrettably, the same intruders managed to once again invade the premises, but this time, they were not so lucky. The cameras caught them, but within enough time for the police to be called, and the perpetrators all to be caught. A happy ending to a not-so-happy story. This client has now incorporated monitoring into their security system to keep their premises safe and secure, giving them peace of mind.  If you would like to learn about the advantages of monitoring or just the advantages of a security system, do not hesitate to call Better Value Group on 3809 3033 or leave us a comment on our facebook page Better Value Group Pty Ltd.

Crime in Australia – How can you avoid it?

Do you understand the risks of not securing your home with security system, to ensure your safety, and in the case of a break in, catch the intruder? A lot of people have the idea that it will never happen[...]

Many of our clients are being offered Digital Phone Systems or Digital Phone Lines in their businesses and homes, which basically work like Skype – meaning that they can make cheaper calls using their internet. Unfortunately, what many are[...]

Sometimes you will receive a call from your security monitoring company telling you that your alarm has gone off. The trouble is, it is difficult to tell whether someone has broken into your home, or a gecko has found a[...]

The Importance of an Intercom System

The Case Files – Stories of Success

Today, we have a collaboration of stories where some of our clients decided to upgrade their security system due to a series of intruders entering or damaging their premises.   DNA identification  A break in occurred in a yard where[...]

Welcome to the Future: Introducing the M1

If only there was a universal remote control which could just do everything for you- turn on the lights, open doors, water the garden and even turn the power off when you are leaving the house. Now you’re thinking, that[...]